By the same author

Moravia in the Ice Age. The last glacial period and methods of its research

Few countries can boast such rich history of Quaternary research as Moravia, especially finds of fauna, flora and the prehistoric man. It is mainly due to its location on a natural interface between north and south Europe. Moravia thus served throughout the Quaternary for seasonal and global movement of vegetation and animals. While now you can go through the gorges of the Moravian Karst on tarmac roads, not so long ago there were only narrow winding forest roads where in some places two horse-drawn carriages barely avoided each other. But what was there before? This book sets out to find the answer. The author wants to show how exciting paleontological work is, what Quaternary studies involve and what previously untapped issues should be addressed in the future.

Rudolf Musil is an internationally renowned quaternary palaeontologist and geologist. His remarkable scientific career is mainly connected with the Moravian Museum and Masaryk University, where he works at the Department of Geological Sciences of the Faculty of Science. During his life he specialised in various disciplines; the subject of his research was, for example, the development of species and changes of communities in the Pleistocene, biostratigraphic and ecostratigraphic problems, taphonomy and biostratonomy, migration and first traces of domestication, systematics and evolution of the genus Equus and the genus Ursus, paleoecological and paleobiological issues, Quaternary geology, cave history of the Moravian Karst, nature protection or application of geological sciences in museology. He is the author of more than three hundred professional publications, including 17 monographs and professional books, which have been published in the Czech Republic and in eleven other countries in Europe and America. He contributed to the popularization of science with dozens of magazine articles and participation in the preparation of television programs at home and abroad. 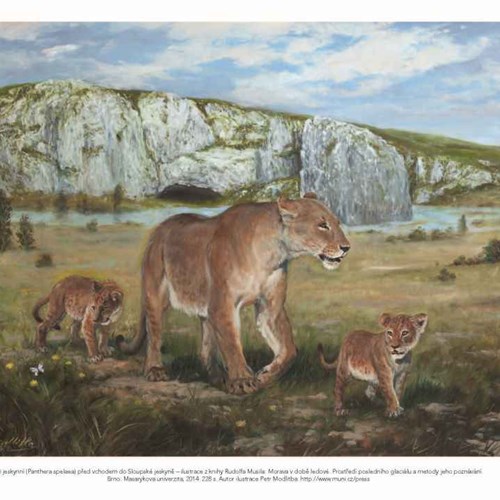